Diplomate, American Board of Infectious Diseases and Critical Care Medicine 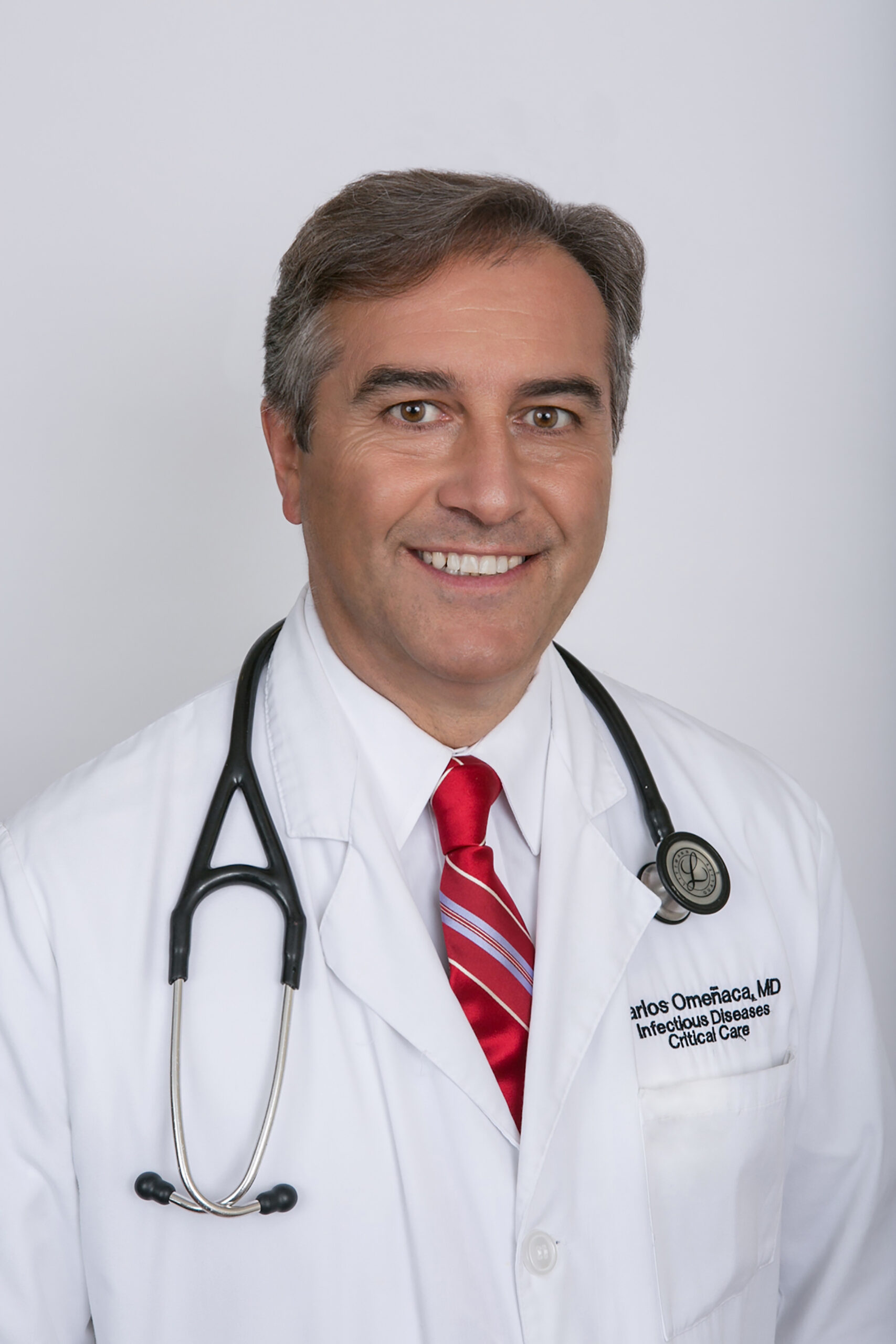 “My greatest reward is taking care of a patient that is critically ill in the hospital and then seeing them back in the office once their condition is resolved or improved. Many times, I can hardly recognize them. It is extraordinary to see them recover from an extremely debilitating condition and months later they are walking, with their energy regained, and able to return to live a normal life. I am truly elated when this happens and that is when I feel rewarded as a doctor.”

Dr. Carlos Omeñaca, a native of Spain, has more than 20 years practice experience specializing in infectious diseases and critical care medicine at Miami’s leading medical institutions. He received his medical education at Spain’s University of Zaragoza and completed his residency in Internal Medicine at St. Luke’s Roosevelt Hospital Center, a University Hospital of Columbia University College of Physicians and Surgeons. He continued his post-graduate training at St. Vincent’s Hospital & Medical Center in New York City with fellowships in Infectious Diseases and Critical Care Medicine.

In 2001, Dr. Omeñaca established VilMed, Inc., where he is currently a full-time attending physician in private practice. He works in close partnership with Dr. Maria Gabriela Ale-Castro, allied health professionals, and staff to provide the most current clinical care to patients needing specialized care for HIV and other infectious diseases.

Through his appointment to the Cuban Association of the Order of Malta as Infectious Disease Specialist for Medical Missions in developing countries, he is active with the The Duni Project, where he works to improve medical care for the indigenous population of Sierra Nevada de Santa Marta, Colombia.

Dr. Omeñaca is fluent in spoken and written Spanish and French as well as spoken Portuguese and Italian.